Lazy photographers everywhere squeeze an extra post out of their favorite pix of the previous year. Why should I be different? Let’s look at some of my favorite pix of our loon families from last summer.

If you liked following the loons on my blog, you might be interested in seeing my presentation An Uncommon Look at the Common Loon. I’ve put together a PowerPoint presentation with some natural history of loons and we’ll follow a loon family from nest to the chicks in flight. I’ll be giving the presentation a couple times this week.

And, if your interests include steam locomotives, I’ll be giving my presentation Under Steam at the Bugbee Senior Center in White River Jct., VT, on Wednesday, January 25 at 1:00 p.m. We’ll take a look at some of the US’s remaining operating steam locomotives. I’ve been tracking down the last steam engines since the 1970s, this show looks at the highlights from coast to coast. Also free and everyone welcome.

The chicks are getting big! They’re beginning to get their first feathers. Soon, they’ll look like grumpy old men 😉

I’ve been out on a local pond watching the loons and other wildlife. There seems to be a pair of loons that have claimed the pond, but every morning two to four other loons come in to challenge them. I’ll be keeping track of them throughout the year and hope to find two families that hatch chicks to follow.

We’re watching eastern bluebird chicks in a nest in a box that has a camera installed to let us watch without disturbing them.

On May 6, 2022 - Uncategorized, Wildlife Photography

Let’s round up the usual suspects. I finally had time to get the kayak in the water and have ventured to a couple of the local waterholes. Let’s see who I’ve found.

I’ll be following a couple loon families throughout the summer, along with other critters. Sign up for notifications to follow along.

More Work on the Bluebird Nest

Another busy morning for our bluebirds. Mrs. has been hauling in building material and is starting to form the ‘cup’ in the nest for the eggs. She’s pressing her underside down into the grass and fluttering her wings to get the right shape for the cup. Mr. Bluebird peeks his head in from time to time to make sure everything is going well.

I’ve installed cameras in several bird nesting boxes in the yard to allow us to watch the birds without disturbing them.

Mrs. Bluebird Works On Her Nest

On April 7, 2022 - Bluebird Cam, Uncategorized, Wildlife Photography
You need to add a widget, row, or prebuilt layout before you’ll see anything here. 🙂

Today is the third day that Mrs. Bluebird has been working on her nest in our camera equipped nesting box. She made several trips in with material this morning before taking a midmorning break.

I installed a camera inside the box to let us watch their progress without disturbing them. Today’s video is in black and white because the camera has a automatic exposure sensor that switches to B&W in low light. We’re having a gloomy morning here in Vermont and there isn’t much daylight. 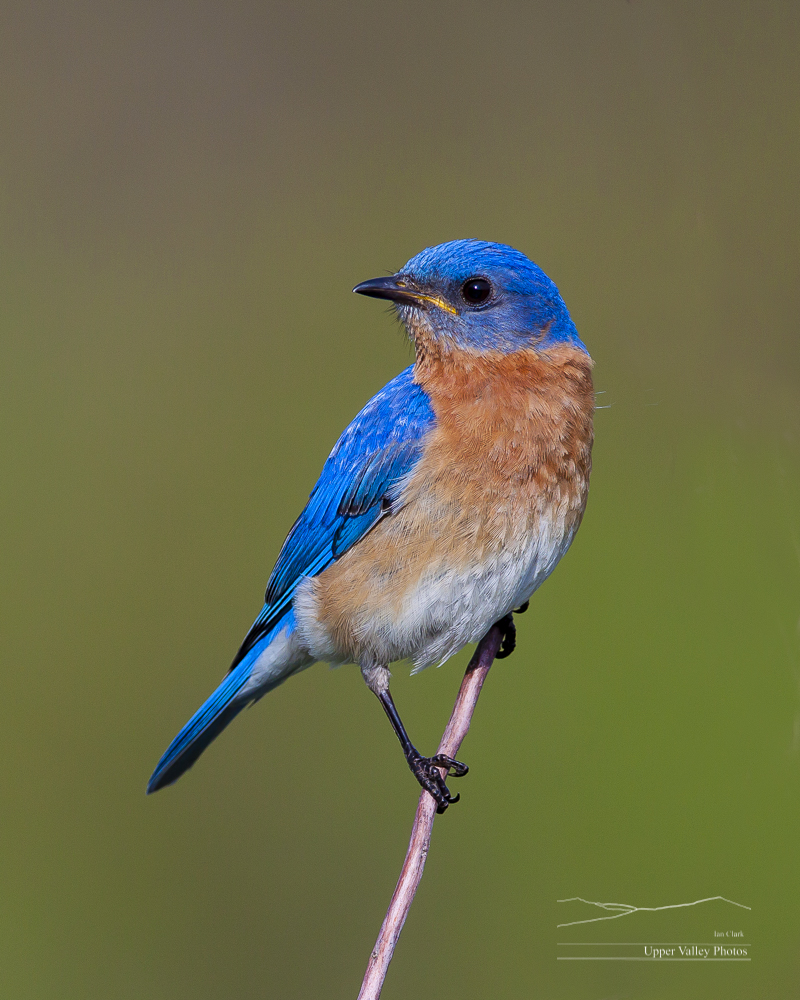 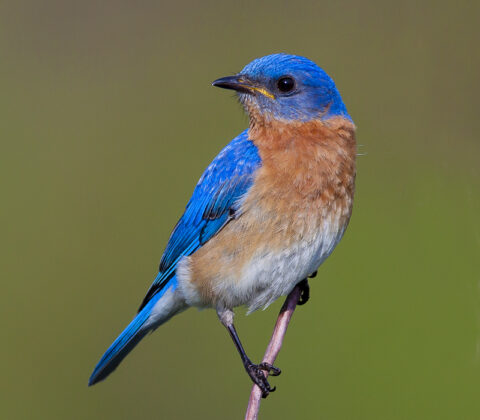 Our Bluebirds Have Returned!

Our bluebirds are back and they’ve selected a bird box for their nest. They’ve started building this week. Check back regularly for updates as we follow their progress.

I put a small video camera in the box to let us watch without disturbing the bluebirds. I’ll post updates regularly while their building the nest and raising their family.

Sometimes I Think They’re Hiding From Me

One of the toughest challenges for a nature photographer is to show how well a critter’s camouflage works. If the critter has blended-in nearly perfectly, they’re hard to highlight. Here a couple examples and how I handled them.

The great gray owl was almost invisible against that evergreen tree he was in. With his eyes closed, or nearly so, there wasn’t much of a shot. Patience paid off when he finally opened both eyes while half in the sunlight.

With the American bittern, the solution was to get in close (actually with a 500mm lens and a big crop) and use a wide aperture (small F-stop number) to blur the foreground and background.

You can make homemade suet quickly and easily to attract more birds to your yard. You’ll find lots of birds love suet, not just woodpeckers. Here’s a recipe you can make at home.

Our woodpeckers love our suet!

We’ve had thrashers, nuthatches, chickadees, titmice and more feeding at our suet feeder.

Add the dry ingredients to the melted fats.

The original recipe suggests pouring into a square pan about 2 inches deep. I found a few commercial yogurt containers (that hold a couple gallons). I make a double batch in one of them. It stores nicely in an unheated garage.

To serve, just scoop out some of the mix and press it into a rough square and put it in like a commercial suet cake.

Some people use bacon grease instead of the lard. I’ve seen suggestions that the salt may be bad for birds. I suspect few birds live long enough to worry about atherosclerosis, but you may want to err on the side of caution.

Several of the recipes I found suggest chopping up raw peanuts. I substituted crunchy PB.

You can add dried fruit, berries or mealworms to the mix. I’ve experimented with a variety. Birds eat it readily with or without the additions.

Norfolk Southern train 11R (Ayer, MA to Harrisburg, PA) emerges from the tunnel in the aptly named Tunnel, NY, behind SD70ACe 1191 on November 4, 2020. This is a perfect example of why you need to ‘be prepared’ and camera ready at all times.

I was on my way to Cass, WV, and driving down route 88 and as I passed Oneonta, my scanner gave a burst of static. I got several more useless squawks as I went south, eventually getting close enough to figure out there was a train stopped by the hot box detector near Unadilla. Dropping down onto NY 7, I found him just before he got going south again.

Track speed isn’t what it was back in the real D&H days, staying ahead of a train on the main is much more of a challenge these days, the grab a shot, stop for gas, head for the next spot days are gone. I took off and headed to Tunnel, hoping there would still be some light.

Luck was with me, there was one spot of late afternoon light left just before the signals. With the 400mm, the framing was right for a nice vertical with the tunnel as the background. The rail gods cooperated and he managed to arrive before the light died.

So, after a short detour, I ended up with pretty nice shot on the fly, no planning. Packing the scanner and gear proved worthwhile.

Welcome to my blog’s new home. All my old posts are still up at www.IanClark.com/blog, but future pics and posts will be here. This new site gives me more flexibility for posting and new features. More about them and more posts coming soon!