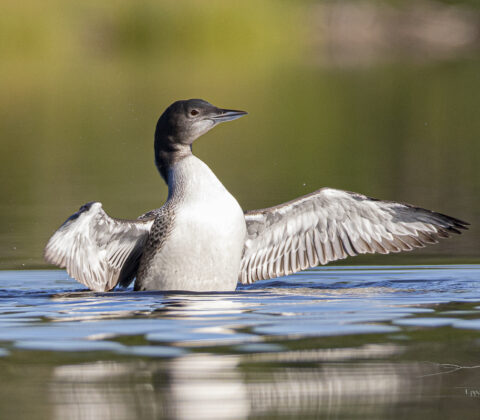 Thanks to everyone who stopped by at the League of New Hampshire Craftsmen’s Fair. Nice to know people are actually reading the blog. My next show is the Capital Arts Fest, September 24 & 25 in Concord, NH.

Yesterday, I got a chance to check up on the Eastons. The chicks are now eight weeks old and seem to be doing well. They’re big – nearly as big as their parents. Their feathers have grown in and their bills have elongated. They’re diving and foraging for themselves, but still expect their parents to feed them. They’re getting independent, for much of the morning the family was spread out over something like a third of a mile.